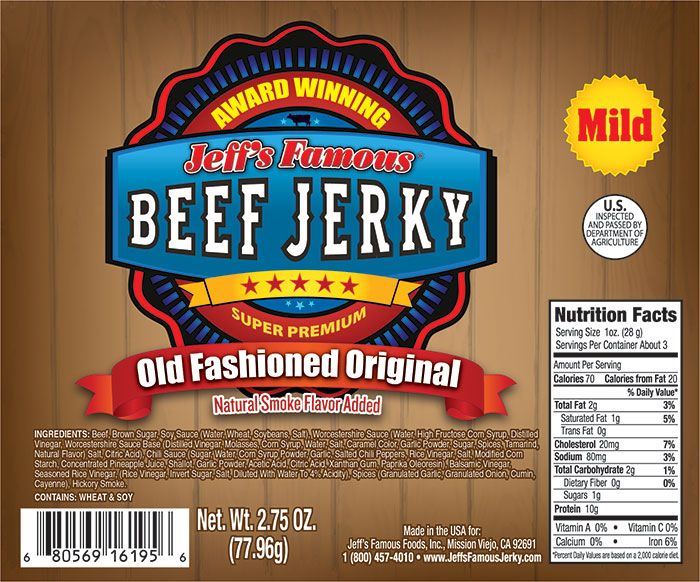 Is Beef Jerky High in Sodium?

Traditionally, high sodium beef jerky was the norm, and even today you can still find some brands that are incredibly higher than they should be in sodium.  This used to be the case because the main ingredient of any jerky marinade has been soy sauce which is extremely high in sodium. Some of the traditional brands such as Kikkoman Soy Sauce are as high as 930 mg of Sodium per tablespoon. Tamari Sauce is sometimes even higher in sodium levels, so think again and read the label, whatever your choices are.

The average American consumes about 3,400 mg of sodium a day. The American Heart Association recommends no more than 2,300 milligrams (mgs.) a day and an ideal limit of less than 1,500 mg per day for most adults, especially for those with high blood pressure.  One teaspoon of salt contains 2300 mg of Sodium.

Making jerky that is lower in sodium does not mean that you have to sacrifice flavor.  Just one bite of any of Jeff’s Famous low sodium jerky flavors will prove that great beef and turkey jerky can still be loaded with flavor and epic deliciousness.

Jeff’s Famous Jerky offers low sodium beef jerky in seven flavors and one flavor of turkey jerky that are all low sodium jerky with under 200 mg/oz. of Sodium.  Since so many people who watch sodium levels also watch sugar levels, we are including that information too. 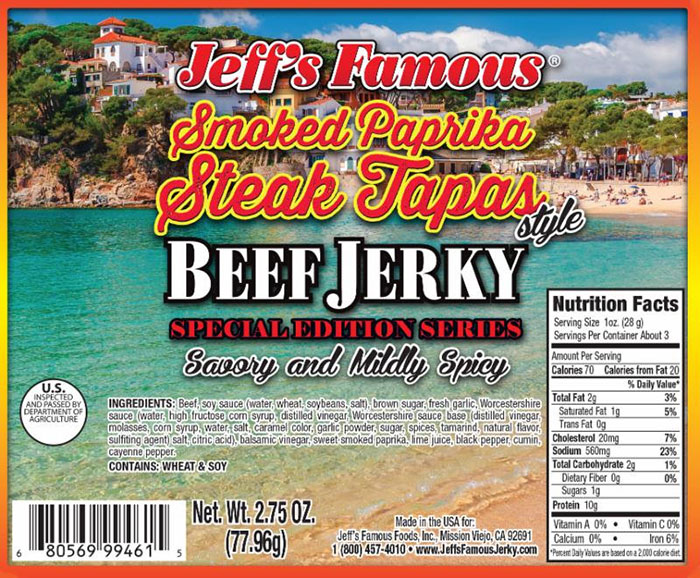 Other Jerky Brands: These statistics were gathered online 2/23/20.