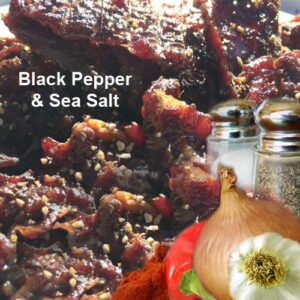 Beef jerky history starts with how jerky was originally made. Jerky was a form of heat preservation that was originally created to prevent freshly hunted meat from spoiling over long periods of time. The name jerky actually comes from a South American native tribe name for the process to dates back to the Inca empire. The original creators of jerky were preserving meat using a recipe called ch’arki as early as 1550. The original name for Jerky actually means literally to burn meat and the process was first used on alpaca and llama meat.

While the first processes for creating jerky involved cutting pieces of meat, pounding it into thin strips, coating it  in salt, drying it in the sunlight or smoking it over a fire the process has refined itself dramatically by some of the world’s greatest jerky manufacturers. 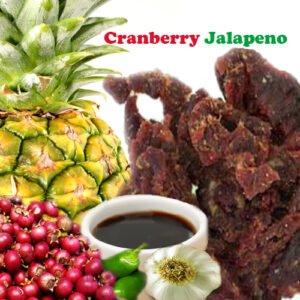 As well as having ancient origins in South America Jerky was one of the staple high-protein snacks for the pioneers and cowboys. North American Cree Indians were also responsible for creating a jerky like snack from a mixture of proteins and fats from elk, deer and buffalo. Throughout the early days of America and beyond Jerky was a reliable way to preserve meat and store it easily for travel as well as a healthy way to prepare meat.

Although many people think that Jerky might be junk food, beef jerky and jerky in general is actually quite a healthy snack. Jerky has a massive amount of protein, minimal carbohydrates and it’s low in calories and fat. It also doesn’t really produce much of a mess and its perfect for traveling for school, for camping and for work.

Beef jerky has also evolved as a healthier snack over the past decade because prior to about 2010, many of the major beef jerky companies added sodium nitrates and nitrites to get an extra long shelf life for their products.  As time has moved on customers have become more conscious about ingredients and today many people read labels very carefully to see what they are consuming.  All natural, gluten free beef jerky has reached a great deal of popularity.  Most people think of beef jerky as such an American snack that they assume that the meat is sourced in America, but the truth is that the majority of mass-produced big brand jerky uses beef from other countries such as South America and as far away as Australia because it is cheaper. Most organic beef comes from these countries too.  Their year round warmer climate is an advantage that most American ranchers do not have.  Jeff’s Famous Jerky has always insisted on using American beef. And as Jeff’s Famous popular beef jerky and turkey jerky product line has expanded, so has the all natural, gluten free options. You will find an expansive line up of great tasting natural gluten free jerky from Jeff’s Famous, right here.

Jerky today is not only known as a healthy snack but also as a great high-protein snack. Instead of the need for preservation with Jerky, companies are now making gourmet jerky which comes in a massive range of flavors and styles. Many brand of jerky are very high in sodium and most beef jerky used to have high sodium levels but it doesn’t have to be that way. Jeff’s Famous Jerky has eight flavors that are very low in sodium, see the list: low sodium jerky. For more detailed information about sodium levels in jerky, read this blog article too: Is beef jerky high in sodium?

Is a high sugar content an issue in beef jerky? Well, the issue is an issue with many brands of jerky but it does not have to be that way. Find lots of low sugar, delicious jerky choices: Low Sugar Beef Jerky

Beef jerky can be made at home too, but once you do it, you will really appreciate how much work and time it takes to make great tasting tender jerky. You might want to browse through the answer to this question. What are the best cuts of beef for making beef jerky?